Plastic containers are the go-to when drinking beer and liquor at the Super Bowl. This past weekend, at Super Bowl LVI, however, fifty thousand plastic cups were replaced by aluminum ones instead. As the Hard Rock Stadium tries to go green, the question of whether or not the switch to aluminum has significant benefits arises. 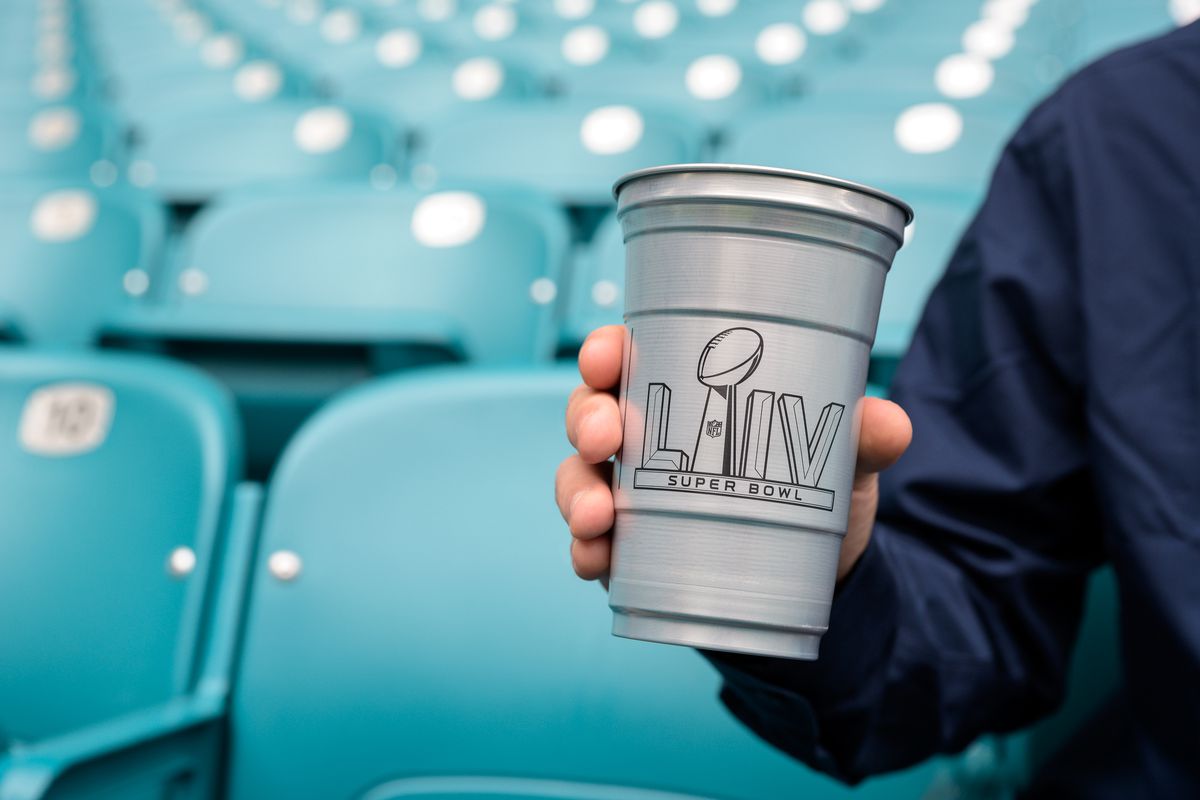 Just like plastic, aluminum can be recycled, but the comparison is not as simple as that. One of the most commonly recycled plastic products is the plastic water bottle. Rarely, however, do recycled water bottles get remade into new water bottles; instead, they get down-cycled. Since bottles like the ones that usually contain carbonated drinks are made of layers of different polymers, it's difficult to separate the varying materials. As a result, they usually get converted into items such as fibers for a pillow or a garbage bin. Eventually, these products end up in the trash and simply contribute to the process of delaying the inevitable fate of plastic.

This is where aluminum comes in. Unlike plastic, aluminum isn't considered as much of a dead-end waste stream. A recycled aluminum can has the opportunity to contribute to 70% of the makeup of a new aluminum can. The trend of using aluminum for beverage containers comes from increasing coverage of plastic pollution, especially in oceans. On a surface level, using and recycling aluminum seems to solve the problem of endangering aquatic ecosystems and seeing animals stuffed with plastic waste, but this "solution" brings along many complexities as well.

"Aluminum is trending for beverage containers as a way to stop plastic pollution from clogging up oceans."

Making virgin aluminum requires around twice the amount of energy as making virgin plastic. With this also comes the process of mining aluminum and monitoring the toxic red sludge that serves as a byproduct of aluminum extraction. In addition, manufacturing aluminum also releases potent greenhouse gases called perfluorocarbons. However, recycling aluminum can save up 90% of the energy it took to make it. That's why it's crucial to focus on recycling aluminum rather than making it, as the benefits of the former can be a great step in moving toward a more sustainable consumer culture.

In the end, it remains difficult to untangle the complexities of the plastic-aluminum battle in the sustainability market. There is always the possibility of creating one problem through solving another, as the process for both making and recycling the two materials differ so much. Nonetheless, this change in behavior in both consumers and large corporations due to environmental awareness can serve as a great leap toward changing the global mentality toward sustainability.